Tomato has released a hack for the Mother portion of the game to be fully translated, removing all censorship, retaining the original text, and including an optional "Easy Ring" that doubles the experience and prize money earned from battles. According to him, the latter addition was done to provide fans with an easier way to get into the game by reducing its infamously high level of difficulty and the amount of grinding required to overcome it, the latter of which Tomato described as making Mother feel more like a chore. Meanwhile the EarthBound portion of the game simply has the menu commands and names translated. Following Mother's official international release as EarthBound Beginnings, however, he has stated on Twitter that "I absolutely prefer that people play and support the official release and not my silly little hobby project." This action goes in line with the main condition of the Unofficial Mother 3 Fan Translation, which is intended to be shut down by its staff should Mother 3 receive an official international release.

Mother was designed and directed by Japanese copywriter and television personality Shigesato Itoi. The game was named after John Lennon's song "Mother". Originally, the last parts of the game were not tested for bugs and balance issues. This issue was corrected for the Mother 1 + 2 release.

Development on Mother 2 took place as a joint effort between Ape, Inc. and HAL Laboratory, Inc. and was again designed by Shigesato Itoi. The total development time for the project was five years, much longer than was initially expected. Because two companies were working on Mother 2, responsibilities were spread out between the two studios. Ape had more people working on the title and oversaw the data aspects of the game while HAL worked on the programming. Because the two studios were based at separate locations, employees would regularly have to travel between the studios to work.

A direct sequel to Mother 2 for the Nintendo 64 would later enter the development stages, where it remained for many years before being canceled on August 21, 2000. Three years later, the project began being reworked into a third installment, Mother 3. Around this time, the first two titles received improvements for their forthcoming re-release on the Game Boy Advance, to promote Mother 3.

Released on June 20, 2003 by Nintendo, a bonus cell-phone strap of Mr. Saturn was included for pre-ordered packages of the game. Though the strap was originally intended only for those who had pre-ordered the game, its popularity caused it to be sold briefly on Amazon in Japan. A cost-reduced version of the game was later released for around 2,600 yen, which was packaged with a Club Nintendo serial card. Mother 1 + 2 sold over 250,000 copies, and the reduced-value version has sold an additional 60,000 copies.

Though the port was only released in Japan, the versions of Mother and Mother 2 included in Mother 1 + 2 are actually re-translations of the English versions of the games even though, somewhat ironically, Mother never had a proper English release. The name of the company that directed the port and re-translation has never been announced by Nintendo.

Though the concept of Mother 1 + 2 was to compile two separate games into one easily accessible package, promotion focused entirely on Mother 2 (known in North America as EarthBound), much to the dismay of long-time fans, who argued that the promotional strategy was reducing the importance of the first game.

Differences from Mother and Mother 2

Numerous changes from the original versions were incorporated into Mother 1 + 2. Changes in Mother related to in-game events, graphics and items are mostly identical to the changes made in EarthBound Beginnings. Two obvious differences in both games are that everything seems zoomed in and sounds have been changed due to the Game Boy Advance's screen and sound limitations (the sound difference is more obvious in the Mother 2 portion, where the audio quality is noticeably worse due to the GBA's audio compression). Plus, the lighting is also much brighter, to compensate for the GBA's lack of a backlight.

Most of the changes in this port reflect those found in the NES prototype, EARTH BOUND. This seems to clarify that the prototype cartridge found was legitimate, and these changes were likely put in to make the game more available to a broader audience. This is most likely due to the Computer Entertainment Rating Organization (CERO) being founded in Japan a year before the release of MOTHER 1+2; the Famicom version contained its more mature content due to the nonexistence of a software rating board at the time of its development and release, and the changes in EARTH BOUND were made due to Nintendo of America marketing their products as toys to appeal to a broad audience. Since there was already a censored ROM of MOTHER during the development of MOTHER 1+2, it would've been easier to simply implement said ROM into the multicart for the sake of convenience.

Mother 1 + 2 was given a total score of 35 out of 40 by a panel of four reviewers for Famitsu Although the compilation was not released in North America, Nintendo Power magazine listed Mother 1 + 2 as the most-wanted import game in a 2005 issue.

Mother 1 + 2's soundtrack was was composed by Keiichi Suzuki and Hirokazu Tanaka. It was released on compact disc in 2003. It consists of different arrangements of the original songs, but its title mislead some purchasers into believing that it was a re-release of the original Mother soundtrack. The soundtrack contained low quality of the arrangements (a direct result of the GBA's inferior audio compression in comparison to the SNES, also seen in other GBA ports of SNES titles), and the fact that the CD jacket contained numerous errors concerning the song titles. However, its release led to renewed calls for the re-release of the Mother soundtrack, and a "re-mastered version" of the Mother soundtrack followed on February 18, 2004.

Suzuki has cited John Lennon as an influential figure to the composers, when composing the original songs from both games.

Mother 1 + 2 was advertised with four commercials, most of which involve the sprites and names of characters, followed by footage of both games as played on Mother 1 + 2 with a voiceover saying "Weird games or moving RPGs?" followed by the title. Every advert humorously ended with a Mr. Saturn. 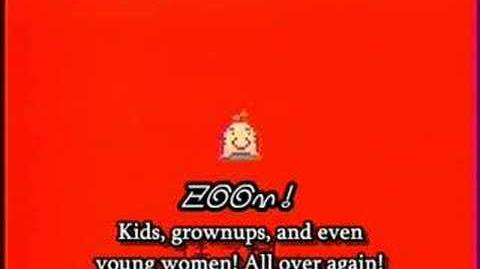 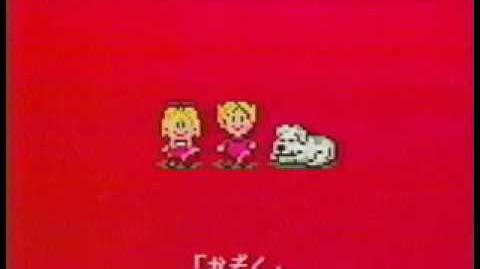 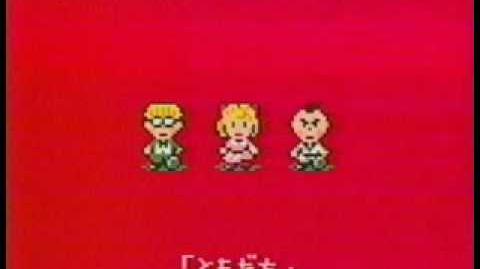 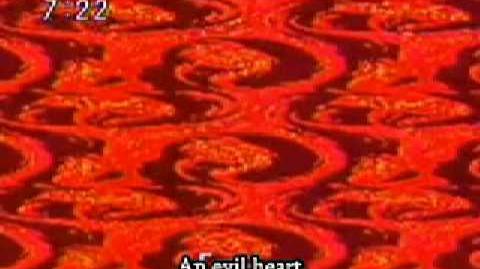